Music with a Split Personality

We have begun work on a new parody album, title TBD. I’m hoping to be able to post progress reports here about progress thereon.

The final lineup of songs hasn’t been decided yet, but I can tell you what we’ve got on the cooktop. 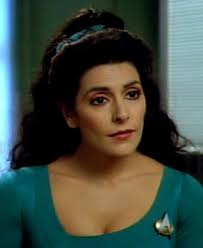 “The Counselor” (ttto a well-known Billy Joel song). Subject matter: Counselor Troi, because, by golly, that girl deserves her own filk song. The song features the harmonica chops of the amazingly talented Beckett Gladney, who designed the album art for I Remember the Rain.

“Won’t Get Fooled Again” now also exists as a complete parody of the hard-rocking version by The Who. Our previous version was unplugged. END_OF_DOCUMENT_TOKEN_TO_BE_REPLACED

Other Places We Say Things